I yelled at the stupidity of my past self when I was restoring an old post and saw the control question, "how old am I?"

I wasn't very bright the other day.

I was greeted the other day in my old mail with the control question, "Are you Michael?"

I freaked out and, at my own risk, tried to answer "no." It worked.

I was afraid of hackers-Michael, I guess.

I have a question for my old post, "your favorite food?" Never could pick up an answer, though I liked plov at the time, I think.

Fuck, it fits, thank you.

What the fuck are you doing going through someone else's mail?!

My grandmother used to say "plow.

I have a control question for the first post "pet name." I had one cat with one particular name at the time, and it doesn't fucking fit! I've tried all the options, nothing fits. It's beginning to feel like I made up the name of my cat when I was a kid :((

I once drunkenly changed the password on the safe why I did it myself do not remember (the usual four-digit) and only 2 years later in the shit came home and even got to the safe and the fuck I HAD OPEN !!! Although there was nothing valuable was still.

I once drunkenly quarreled with his wife, well, in anger, set a password on the total computer. In the morning we made up, turn on the computer - oops, the password. And I do not remember it. Hint: "Red." I went through a bunch of stuff, tomatoes and strawberries and blood and banner... In the evening I drank the vodochar again, went out on the balcony for a smoke. And I remembered. "Sunset."

Thanks for the laugh 🤣

I seem to have been paranoid since I was a kid, since I didn't have a cat at all. What name I came up with for the imaginary cat - I don't remember, but I remember that the answer had to be entered in transliteration.

Try it in transliteration-)

Fried potatoes was my answer to that question))

I've had it twice before, colleague.

It pisses me off, you can't enter the password, fuck it, you can't think of anything, though you could think of something, and then, "oh, and you entered something that was already used" BITCH!

*deleted by the moderator*

which is still in their archives. All of its content is just content for the League of Dumbasses.

But I don't find my entries dumb. In fact, somehow, on the contrary, I wish I had become more fucked up over time. I wish I could relive that diversity of feelings over the smallest bullshit.

I don't know, go to a nudist beach or NSFW.

Or come to our place.

Yeah, like you don't have a fuckin' thing to do.

Take out a loan and don't pay, get pregnant by a stranger, start drinking. You'll experience so much!

> over the smallest bullshit.

Well, if credit and pregnancy are bullshit to you... I can only envy you.

The smallest bullshit doesn't get her through. What do you have to do? That's right. Make a big fucking deal out of it.

Get a goat, my daughter.

Okay, give us the link and we'll establish whether or not it feels right to you.

No thanks, it's exactly about subjective perception here)

I used to hang out on a fanfic site as a teenager, especially the yaoi section (about gay relationships). I can imagine how many of their authors feel uncomfortable now, because not everyone knows about anatomy, and it was something like "his jade staff plunged into the abyss of darkness".)

I haven't read much on Harry Potter, but there are two interesting works from ficbook

"Death is not the end" by Drury.

It's more comical, but it's fun.

Conditionally a mash-up (page 1, don't panic) that Potter died at the hands of Volodya, but was able to return to the body of the petty self with all the knowledge

"We won't wake up again" - Riddle/Potter

big, heavy, but damn interesting. Although I didn't get to the end until the third attempt - the author's language is complicated, but it's worth it.

If very indirectly the beginning: little Riddle, who lived many years ago, shows up at Hogwarts. No one knows how it happened, but he is locked up in the dungeons for security purposes, where he meets Harry

The site is not always convenient + often closed for maintenance, so I save in Fb2 and then pop it in my reader

Damn, after a global redesign of the site can not figure out how to forge a link to the diary from its bowels. But the profile is fried too:

Eh, probably every teenager thinks of themselves the same way)

I know people who still believe that.)

And they're damn right they do. Everyone has a unique genetic year, and a unique life path that makes them who they are.

That's so ladylike))) almost asked for my icq number )

I think I had time to change three numbers before the mass use of "asci" was a thing of the past. I don't remember any of them, eh))

Of course it's not everything...

That's bullshit. I came across some of my old correspondence once. When it was fashionable to use the language in Olban style. That was a real bummer))

I open the profile, I see the city, the year of birth... We may well be acquainted, given the interests in the year in which the diary was created :) I'll try to find some common acquaintances: Remember Vitya Tsvetnoy? :)

Um, no)) I remember Sid with dyed black hair, who worked at Trek (movie, game and music CD store). And I think his girlfriend was known as Nancy (classic). I remember Linda, who had the nickname "Poison Girl" on ICQ at the time. I also remember my classmates, of course, but I don't remember them at all, so I forgot how they positioned themselves in the parties.

And 3 months after I created my diary I moved to Moscow, if that matters.

Yeah... And it's not even about teenage specifics Why do we put out a bunch of information about ourselves that anyone can find us by?

I've never cared about my anonymity online, and it's protective in its own way. When there is so much surface content, it is not so easy to find something really meaningful and compromising in this abundance.

I am the friend who asks for the link.

Can't quite satisfy the request, as it turns out, but still))

Don't believe him, it's Ali from the shuttle bus looking for you.)))

Oh yeah, same topic ) I also have it in the public domain. KMP.

I recovered my password and here's what I found (it's one of the few, I was 18 at the time): Spring . The sun's rays were breaking through the fog and clouds, and the gloomy weather looming over the city, which did not portend anything magical, made people despondent, even though this time of year marked the birth, life and the emergence of the new.

The morning was cold, we wanted to wrap ourselves in a warm blanket, and walk under it without paying attention to the surrounding gray mass. And this mass was walking completely forgotten about its daily activities and worries. Loans, debts, family problems, and other nonsense. And everyone blamed everyone else: God, the government, relatives and friends, but not themselves. And everyone had only one place where no one would touch them, no one bothered them with an incomplete report, phone calls from the bank or unsalted meatballs. Everyone wanted to find himself on the shore of the sea or the ocean, it did not matter. But everyone wanted to get away from this routine, to run away and hide.

No one understands that they themselves create this megalopolis. They themselves wake up to tedious, life-destroying work in order to pay for the loan, which stands in an apartment for 20 thousand a month, in the middle of the hall, on a drawer, which generates negative emotions, a negative bio-field, etc., etc. Everyone has stopped thinking, analyzing, cobbling together reality and illusion, everyone lives in a cage that they have built for themselves.

But I don't build anything; I go with the flow. That doesn't mean that I'm a piece of driftwood that has let itself go. No. No, it doesn't. I can decide where I'm going, left or right, but I know for sure that I'm going forward and only forward. I'm not standing on the shore, I'm still alive, I can steer my course.

And send resumes from it. To school.

That reminds me, yeah. To the test question, "So what's up?" came the answer, "So everything's up.

I had a nickname period of Youz, Youdyshpysh, etc. 🙄

The answer to the second control question he doesn't scorch. Last line of defense, everything.

I once put the control question "How much?" in a post. I still can't figure it out. It's been seven years.

The dumbest thing is that you were 22 at the time.

I change it every year, no chance for hackers!

I have a question, "First teacher's last name." With her last name, it's hard to forget the answer.

Is that, like, a first grade memory? You don't remember shit...

She was my teacher from first through third grades, while I lived in Kokchetav, so I remember her.

I had one too. Chekmaryova. Then she got married and became Zavarnitsina. I've never come across such a surname anywhere.

I have a sister by my first husband, Chekmareva.

I'm curious. Can you make up your own last name?

I had a genius question for my comp entry, "Who am I?" I went away to school, came back and got stuck... I tried everything I could think of... Two days of agonizing. In the end the answer was "me" 🙈

I remember I messed up my mail typing a little bit, I chose mail instead of "list".ru. So I decided to answer the test "favorite color" out of the blue, I wrote "pink". I guessed. And the next level I did not pass. Still do not know what's next after these questions, mine is never guessed)).

It is a pity not all can be deleted from the Internet about yourself.

Some stupidity will be stored forever. For other people's money, fortunately.

I have a follow-up question in the mail: "A dream." What dream I had 20 years ago I don't remember))

The author, seeing the control question:

How did you manage to write me down!

Yelled? Why yell, or is it just another slang....

*♪ deleted by the moderator ♪

Man, I couldn't remember the answer to "my favorite band". Metallica didn't come up for some reason. I went through all my favorite bands - dick swam. I'm still wondering what it was that I coded there. 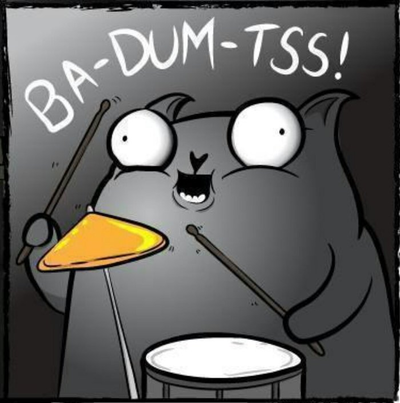 I laughed out loud, so loud, that the walls trembled, and the people in the city thought that it was Jericho's trumpet.

It was the same thing with my geography. Of course, I didn't give up right away, I tried to love the subject. But as a result the bitch-teacher was stronger.

In fact, on the contrary, a very secure issue, if the creation of the mail coincided with some other event and remember how old you were or can be counted. There is nobody who can hack it :)

I'll add. it's enough that one day you and your friends inebriated raised the philosophical question of how old everyone feels. and suddenly realized that you were stuck in adolescence.